Lastnight before bedtime, Nonsence and I listened to a hunting podcast he had saved on his phone by a group of guys called meateaters. They are pretty funny and jump from story to story all while trying to stay on topic, but the guys all go their own directions in a humorous style. It was fun to listen too and a good way to keep my mind busy while I waited for my wife to call back to say that my daughter was okay. One of my girls took a fall at the skate park and faceplanted on the ramp, resulting in an emergency room visit. Luckily in the end everything checked out okay but she will need a few days to heal up from the fall.

In the morning as we were all tearing down camp, Nonsence looked at the way I was walking and made mention that he hated seeing me favorite my foot so much. I told him I would go slow for the first hour and stop if I needed too, but planned on making it to a church tonight and stealth camp in some trees I could see on the GPS image. I finished packing my gear and hit the trail before Ed and Nonsense and proceeded as planned.

At the first hour mark, I checked my distance to see that I had only gone 1.3 miles. That’s less that half my cruising speed but it’s where I felt safe enough to watch my footing and make sure I wouldn’t over extend my tendon and set myself back another day.

The first (and only) slough that I had to walk through today was just a mile from camp and the cool water felt so soothing on my ankle and feet that I purposefully stood still for a minute and let it do it’s magic. After the slough my pace picked up a bit and I soon found myself close to a camp called Little Scrub. I knew I was getting close because I had seen on the map that the trail heads south just before camp and it felt weird having the sun on my left shoulder so early in the day on a trail system that runs south to north, I must be close I thought without checking the map. Little Scrub was a spot on my list of possible camp spots if my tendon was giving me trouble, but as it was, it wasn’t, so the stop there was only to eat an early lunch and filtered some brown well water that came from the hand pump. As I was leaving Little Scrub, Ed and Nonsense were coming up the trail talking about the well, so I showed them the brown water in my water bottle and they both decided to skip it and get water from the next slough. I pressed on ahead of them and didn’t see them for the rest of the day.

It was hard to keep my pace slow as I felt like a dog that keeps running to the end of his leash only to be yanked back over and over again. Only I was both the unruly dog and the handler trying to reel my pace back a bit every time it got over 2mph.

Most of todays hike was many miles on a berm through the swamp. It was long and straight, although worn and over grown with ancient trees, it was obviously man made. I tried to imagine the folks that built the berm so long ago and for what was its purpose. Was it a path to walk safely between towns without being eaten by gators, or maybe an old wagon road set just a foot or two above the soft mud of the swamp to keep the wheels dry, or was it an old train rail that had since decomposed or been removed. I hiked for a few hours with these thoughts, impressed with the manpower it must have taken, and almost saddened that I might never know the answer to my questions, then I saw it. There was a sign nailed to a post that written in black sharpie was the words “union cypress company logging railroad 1912-1932”! Someone who probably walked the same walk and thought the same thoughts as me was kind enough to do the research and put up a sign for us curious folks. Thank you, whomever you are.

Towards the end of my hike, I called my friend and resupply guy (Josh) for the best time for todays preplanned food drop at the highway crossing. We both got to the meeting point within 30 minutes of each other, and Josh had with him three bacon double cheese burgers from Steak and Shake and a large Gatorade for me as a calorie bump. It didn’t take me more than 5 minutes to polish it all off and to thank him for the treat! We spent the next hour talking about the trip and planning for the next resupply all the while dividing the next weeks worth of food into individual daily Ziploc bags to keep me on the move. Once again Josh came through when needed and helped to keep me going.

After Josh left, I slung my full and heavy pack on my shoulders to finish the last three miles of the day to the church. The reason I pressed this far today is because I have 27 miles of straight road marching ahead me tomorrow (and into the next day) and I wanted to knock out the 3 miles of the Space Coast Highway at night instead of in the morning. So here I am, in my hammock that’s tied to a tree and a fence in the back corner of the church property resting my sore tendons and getting ready for tomorrow. I should sleep well tonight 🙂 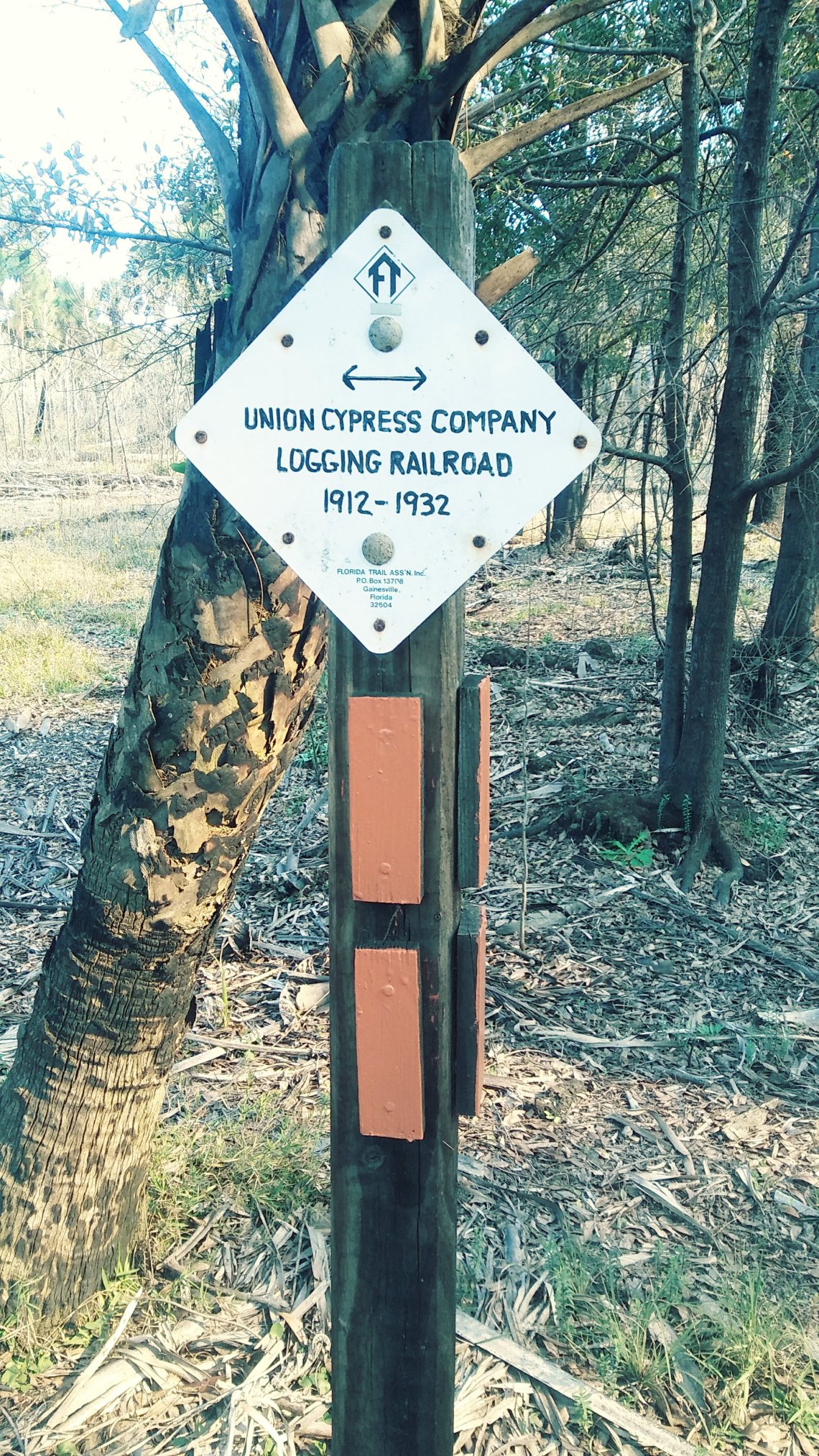 thanks again to whomever wrote and placed this sign 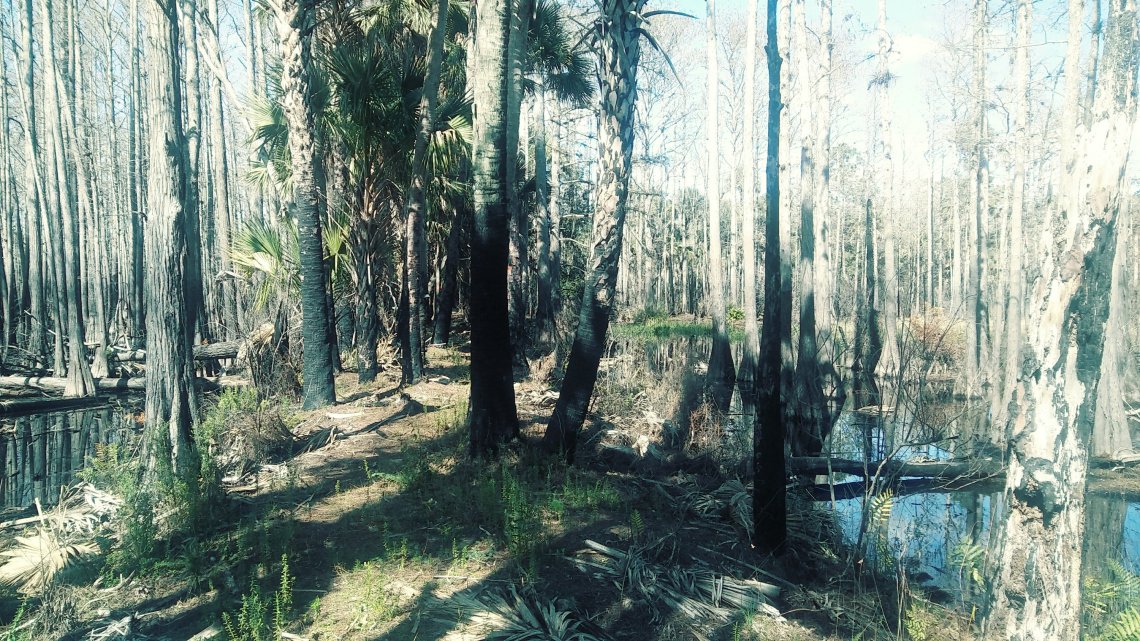 such a cool walk through the swamp on the berm 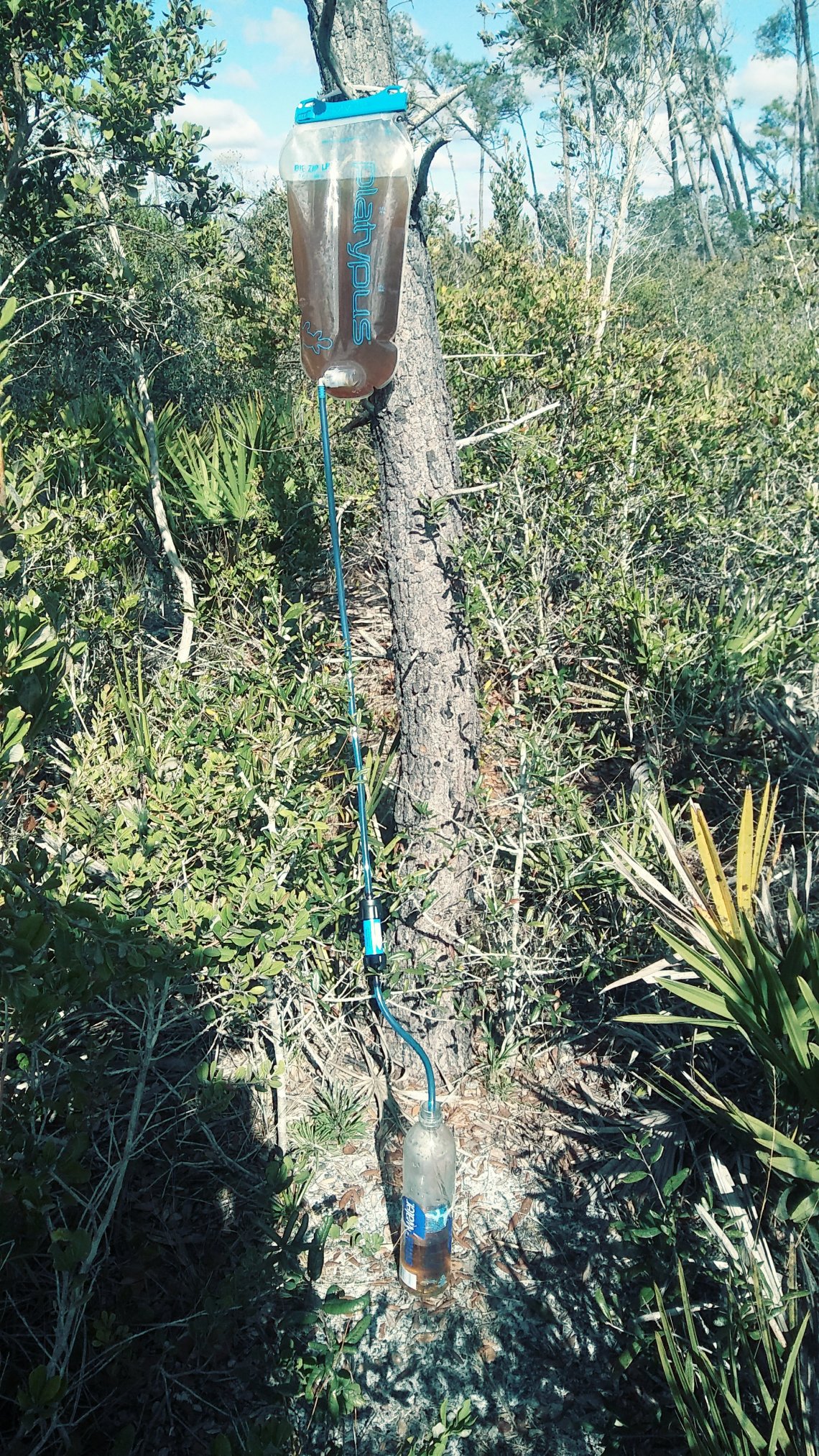